You are here: Home » Introducing our 2016 Honorary Race Chairs 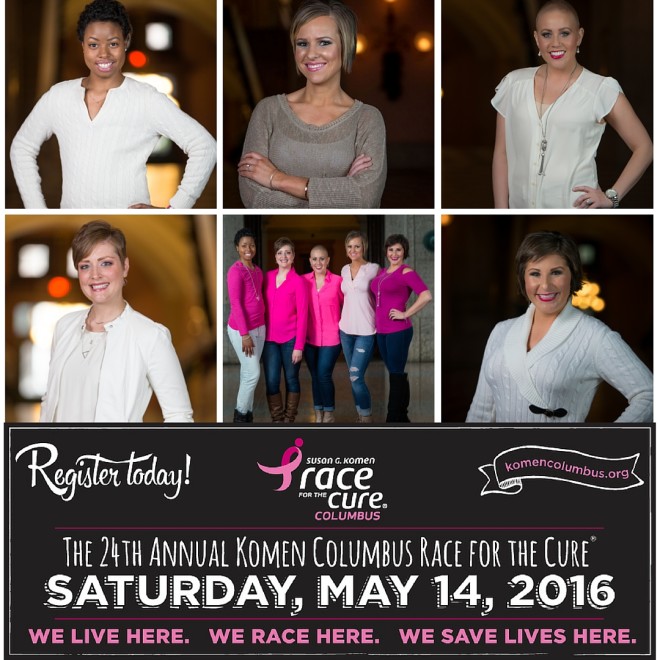 “This year we really wanted to shed some light on the unique challenges younger women face as they battle breast cancer,” said Becca Thomas, Director of Events for Komen Columbus. “Amber, Ashley, Brittany, Clorissa and Tara have incredible stories to share of their survival, fight and subsequent outreach among their peers about breast health. They have turned their negative situations into a positive and we’ve already learned so much from them. We look forward to being able to share their journeys with other families facing similar situations this year.”

“These group of young women remind us that breast cancer does not discriminate when it comes to age, race, religion or socioeconomic status. Their stories validate why we must continue to bring awareness to this disease and encourage women to take action like be aware of their family history, knowing their normal or scheduling a mammogram,” said Katie Carter, executive director for Komen Columbus.

Registration for the 24th Annual Komen Columbus Race for the Cure is open! Click here to register and begin fundraising.